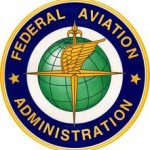 History has taught us that the FAA could almost always be counted on to bring the full weight of the federal government to bear on airmen who deviated from the Federal Aviation Regulations, no matter how minor the infraction.  However, a recent Order seems to indicate that the feds are re-thinking their enforcement methodologies.  Order 8000.373 states that:

The FAA recognizes that some deviations arise from factors such as flawed procedures, simple mistakes, lack of understanding, or diminished skills. The Agency believes that deviations of this nature can most effectively be corrected through root cause analysis and training, education or other appropriate improvements to procedures or training programs for regulated entities, which are documented and verified to ensure effectiveness.

Could it be that the FAA is now relaxing its black-or-white view of pilot deviations and minor FAR infractions?  Such would be a welcome change for airmen who previously experienced the FAA’s relentless pursuit of maximum penalties for minor violations.  However, not to be completely foreclosed from pitbull-style prosecution, the FAA left itself an avenue of enforcement in the Order, noting that “reluctance or failure in adopting these methods to remediate deviations or instances of repeated deviations might result in enforcement”.  The true effect of the Order remains to be seen.

FAA enforcement actions are complex proceedings filled with traps for the unwary pilot.  Airmen facing any FAA investigation or enforcement action should immediately seek experienced legal counsel to protect their certificates and rights.