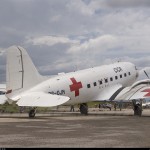 In a recent legal opinion, the FAA has refused to extend a provision in the Chicago Convention which deems aircraft used in police and military services as “state aircraft” to include those used for medical services and disaster relief.  Pointing to a draft version of FAA Advisory Circular AC00-1.1A, in which it was recognized that the list of missions undertaken by state aircraft in the Chicago Convention is not comprehensive, a humanitarian relief organization argued that medical and disaster relief flights should be granted state status.  However, the FAA noted that this draft language was not adopted in the final Advisory Circular and that due to increased security measures and shifting regulatory oversight to host nations, extension of the Chicago Convention to automatically include medical and disaster relief flights would be imprudent.  Despite foreclosing an automatic grant of state status to such flights, the FAA left open the option to apply for state status on a flight-by-flight basis by following proper diplomatic channels and securing necessary approvals from both U.S. and foreign authorities.